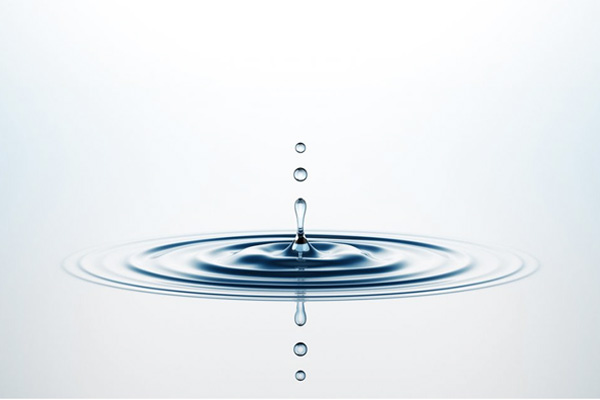 Our solutions squarely address the intersectionality of sustainable wastewater management and economic development.

Water is crucial for human and wellbeing as well as economic performance and business growth. Nowadays, declining water quality has become a global concern. It can directly influence the cost of providing water by utilities, reduce the volume of water available for use, and indirectly affects human health. Water pollution mostly occurs as a result of agriculture run-off, domestic sewage, and industrial effluents. 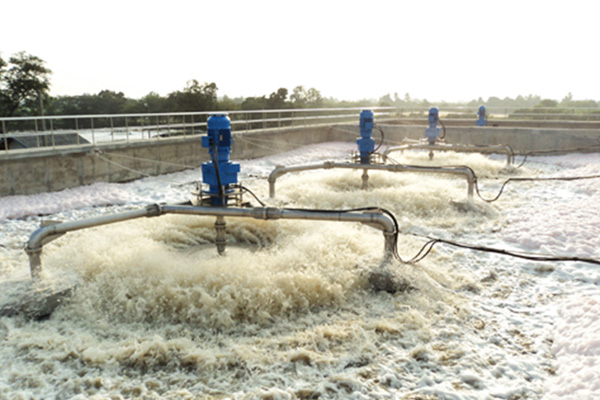 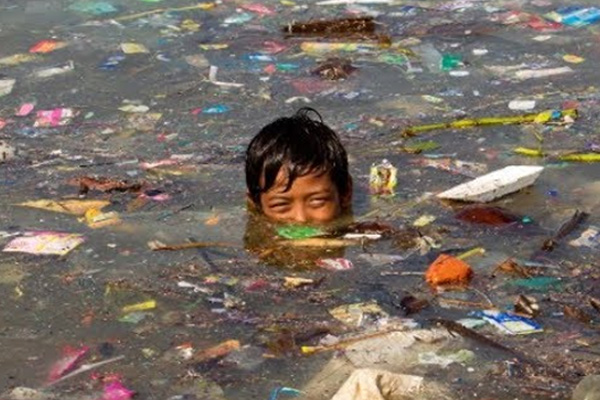 The world population is growing rapidly. For instance, according to the Population Reference Bureau (PRB), the global human population is expected to grow by 75 million annually or with 1.1% per year. With this, the world population is expected to reach 9.9 billion in 2050, an increase of 33% from an estimated 7.4 billion in 2017. Increasing global population, especially urban population remains a central factor for industrial expansion and increasing agriculture, which in turn, increase pressure on water sources as individual become more concentrated in one area. According to the United Nations Population Division, agriculture accounts for around 70% of the global water use, where as much as 95% of water predominantly is used in agriculture-based countries. A growing population requires more food; thus, more water is required to produce that food. Agricultural productivity is a crucial component of the global food security and therefore, water scarcity and hunger are closely interrelated.

The good quality water is essential for human health, social and economic development, and the ecosystem; thus, continuing growth in population and urbanization, rapid industrialization, and expanding and intensifying food production are all putting pressure on water resources and increasing the unregulated or illegal discharge of contaminated water within and beyond national borders which presents a global threat to human health and wellbeing. This situation clears that the demand for water cannot be met unless water and wastewater treatment is revolutionized.

Waterborne diseases are caused by variety of microorganisms, biotoxins, and toxic contaminants, which lead to devastating illnesses such as cholera, schistosomiasis, and other gastrointestinal problems. Communities, especially in the developing world, face elevated disease burden from waterborne diseases. According to the WHO, around 1.1 billion people worldwide do not have access to improved water supply sources; whereas, 2.4 billion people do not have access to any type of improved sanitation facilities.

Every year more than 3.4 million people die, as a result of water-related diseases, making it the leading cause of morbidity and mortality around the world. Water treatment processes can easily control waterborne disease transmission and reduce the number of cases of these diseases to an acceptable level. This, in turn, is driving the adoption of water treatment systems, and thereby accelerating the growth of the global water and wastewater treatment market. 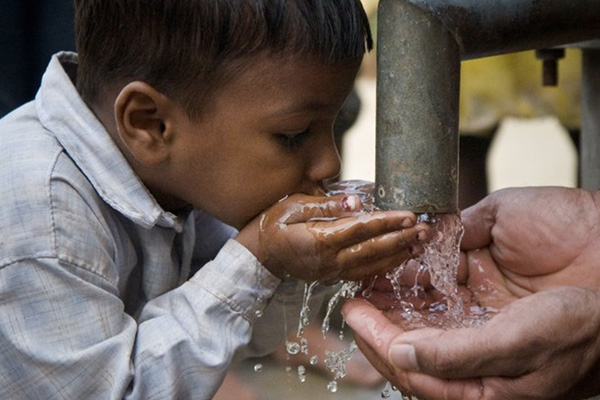 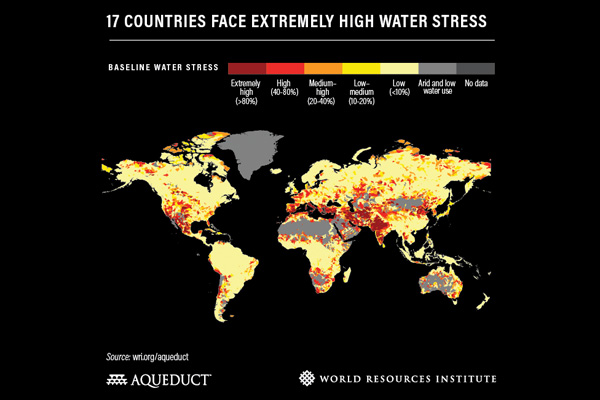 Our primary focus is on introducing our solutions in countries that have high water stressed and a large gap between production of sewage and industrial wastewater versus installed treatment capacity and limited recycling and resuse of wastewater.

Our core strategy is to introduce Biopipe through joint ventures with strategic and well-established partners in top 10 countries that we have identified.

Bangladesh is an important market for our solutions. According to Bangladesh Institute of Planners, capital Dhaka along dumps 1.16 million m3 of sewage per day into the local rivers.
https://bdnews24.com/environment/2019/05/25/dhaka-pumps-1.1-million-cubic-metres-of-sewage-into-rivers-daily-study-says

Nearly 2 million m3 of textile waste water is dumped untreated. Textile manufacturers without an ETP system are paying up to $200/m3 for treatment- https://www.thedailystar.net/frontpage/news/worries-over-waste-water-1700863. These two types of wastewater problems present an enormous opportunity for Lifequest. We have a Biopipe system running at a government owned multifamily building for nearly 2 years and we have demonstrated the efficacy of the system. 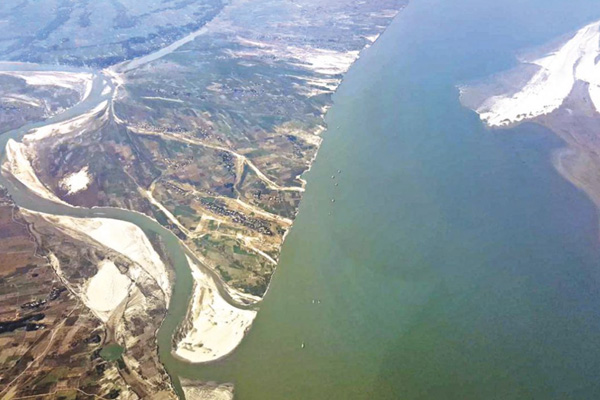 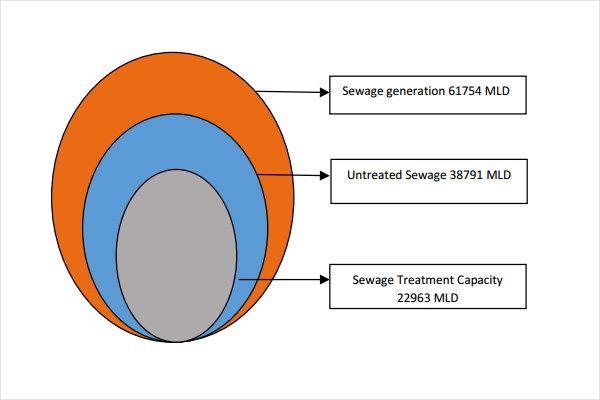 India is unique because it not only one of the most water stressed countries in the world and also has a huge sewage and industrial wastewater problem. It represents the largest opportunity for us due to Clean India Initiative launched by the government of India and increasing enforcement of pollution laws.

India generates circa 6.2 billion liters of sewage per day but has capacity for only 2.3 billion liters per day. Moreover, India lacks sewage systems and wastewater management plants sufficient to meet the needs of its growing urban population. In many cities the sewer systems are in appalling condition â or simply non-existing - and need extensive maintenance or replacement. This creates opportunities for installing in- situ solutions such as compact containerized water treatment systems like Biopipe.

Indian industries generate nearly 500,000m3 of wastewater per day. As of April 30, 2019, the National Green Tribunal has set new and more stringent Effluent Discharge Standards for Sewage Treatment Plants19 andcalls for adoption and integration of new technologies in the country with low life cycle cost.

South Africa is another water stressed country with massive sewage problem. More than half of the sewage treatment installed capacity is not working and close to 50,000 liters of sewage is being dumped every second - https://mg.co.za/article/2017-07-21-south-africas-shit-has-hit-the-fan

The local governments are asking developers to have their own decentralized sewage wastewater systems before any development is approved. This creates a highly scalable Build Own & Operate (BOO) or leasing opportunity whereby we will provide the system and charge the customers for the amount of water reused. BOO or Leasing will produce a long term stable cashflow.

Sanitation makes a key contribution to public health, particularly in densely populated areas. Adequate sanitation is defined as any private or shared, but not public, facility that guarantees that waste is hygienically separated from human contact (JMP, 2000). Adequate sanitation reduces the risk of a broad range of diseases â including respiratoryailments, malaria, and diarrhea â and reduces the prevalence of malnutrition. Access to this standard of sanitation produces direct health gains by preventing disease and delivering economic and social benefits. It is estimated that a reduction in diarrhea illness would produce a gain of 99 million days of school and 456 million days of work for the working population (age 15â59) in Africa. 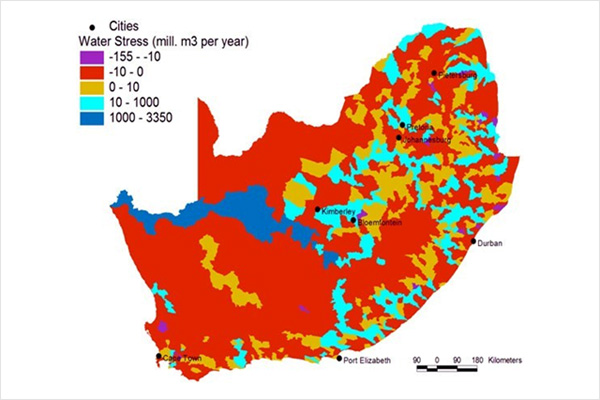 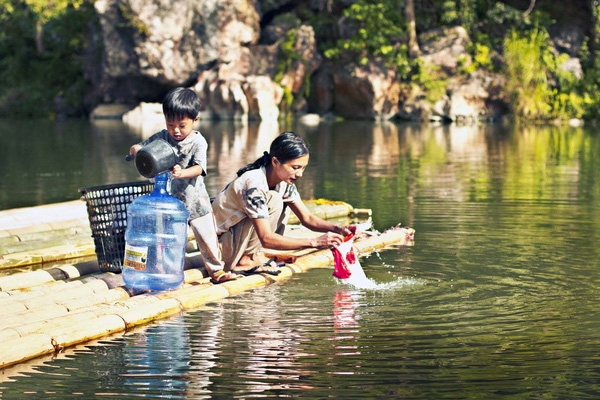 The Philippines, officially the Republic of the Philippines is an archipelagic country in Southeast Asia. Situated in the western Pacific Ocean, it consists of about 7,641 islands with a population of 106.7 million

The Philippines is the 36th largest economy in the world and ranks 6th among emerging markets in terms of GDP. The Philippines economy grew at a rate of 5.9% in 2019.Only about 10%-15% of wastewater is treated while 58% of the groundwater is contaminated and only 5% of the total population is connected to a sewer network, the vast majority uses flush toilets connected to septic tanks.

Waterborne diseases remain a severe public health concern in the country. About 4,200 people die each year due to contaminated drinking water.It is estimated that in 2025, water availability will be marginal in most major cities and in 8 of the 19 major river basins in the country.

The Philippine Clean Water Act (Republic Act 9275) aims to protect the country's water bodies from pollution from land-based sources (industries and commercial establishments, agriculture and community/household activities). It provides for a comprehensive and integrated strategy to prevent and minimize pollution through a multi-sectoral and participatory approach involving all the stakeholders.

According to Water.org, 42% of the population has access to a clean water supplyand only 11% of that number has access to adequate sanitation services.

About 31 per cent of Ethiopian population (32 million) relied on unsafe water for their daily needs, according to the Joint Monitoring Programme (JMP), a global database of water, sanitation and hygiene data.Another 28 per cent had limited access; meaning the water was likely safe, but it took over 30 minutes to retrieve it because of distance to the source, overcrowding there or both. More than 62 million people live without basic access to safe drinking water in Ethiopia.In fact, Ethiopia alone accounts for 7.5 per cent of the global water crisis. 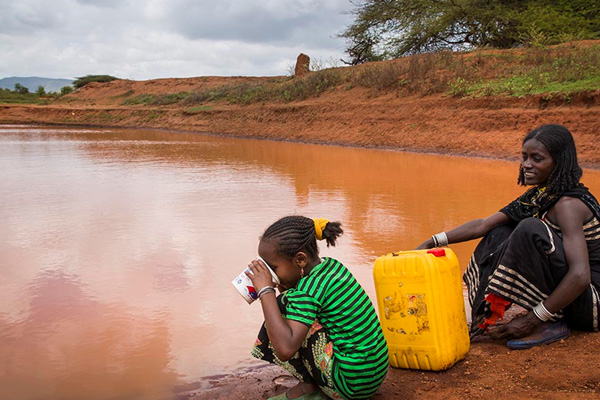 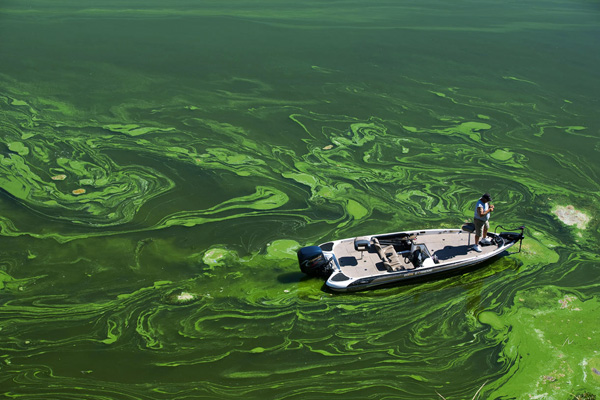 20% of Americans still depend on septic tanks and many of them are failing. There is an enormous opportunity in the USA for onsite sewage wastewater treatment and California in particular. We have entered into ajoint venture with www.hydrosagritech.com to set up a 50-50 joint venture. Hydros is a well-established industrial wastewater treatment company with nationwide footprint.

Based in Dhaka, Bangladesh, BioTech Innovations is engaged in introduc...

A Clean Tech Venture for environmental project development and enginee...

BPipe Corporation has been established with the core mission of preven...

Biopipe Ethiopia is engaged in delivering sustainable, eco-friendly an...

Max began his career as a financial consultant in 1987 and founded Alliance Global Finance in 1992, which specializes in corporate finance and investment banking.

He currently oversees private equity investments in www.circadence.com , www.easternadirondack.com and www.waste-equipment.com. Max owned FINRA registered broker dealer Thor Capital LLC from April 2011 through May 2013. Max currently is a managing director at Kazue Global Limited, with headquarters in Tokyo. Kazue focuses on strategic infrastructure investments in Asia. Max Khan received his BA in Accounting and Economics from the City University of New York, and his MBA from Pace University, also in New York. Max now devotes 100% of his time to Lifequest/Biopipe. 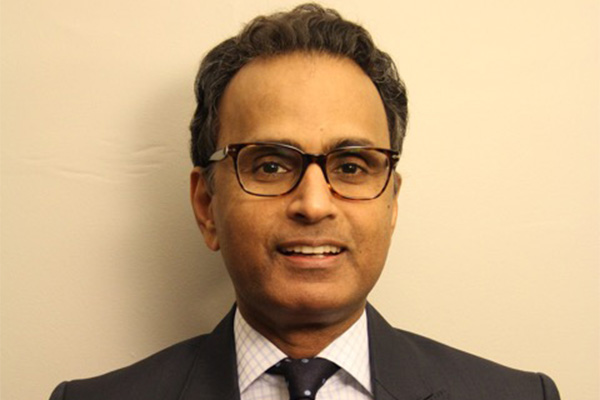 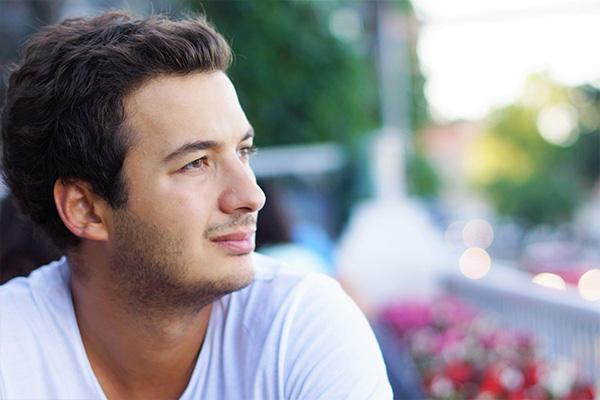 Enes founded BIOPIPE in his second year at Bahcesehir University with the support of the Turkish Government.

After working one year in the basement of his apartment, Kutluca developed the first wastewater treatment pipe in the world "BIOPIPE" and patented the system.

It was the first time a single house had a chance to treat its own wastewater in Turkey and in most of the countries in the world. Enes was chosen as the best business plan developer in TUGIAD, best entrepreneur in Turkey by Gep-Turkey, and most successful young in Turkey in aspects of environmental leadership by JCI - TOYP in 2012.

He has attended many international programs, including International Visitor Leadership Program (IVLP) by the U.S. Department of State's in 2013. Enes Kutluca, who won several competitions, and Biopipe TR was formally established in 2012. In 2014, Biopipe Global GmbH, Zurich, Switzerland was created to strengthen IP and introduce Biopipe globally. Kutluca continues to focus on R&D to make the system more versatile.

Tanmay brings over 9 years of experience to the techno-commercial domain with experience in Project Management, BusinessDevelopment and Consulting in the Solar and Wind Energy sector.

He also has extensive experience in research, advisory, andconsultancy in sectors such as renewable energy, energy management, rural development, climate change, and sustainability. Tanmayis a capable team player with effective team leading and management skills coupled with strong communications and interpersonal skills. He has worked in countries like the United Kingdom, Thailand, Sri Lanka, Philippines, and Turkey 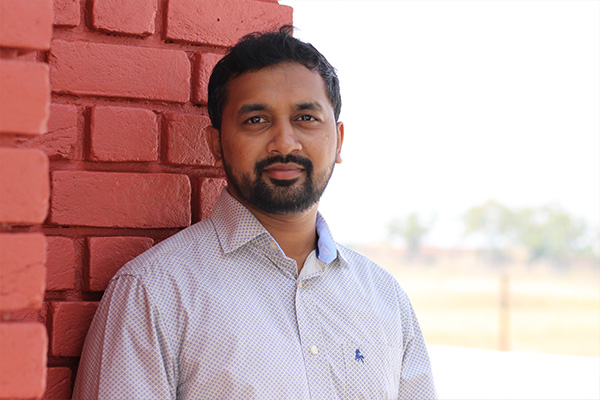 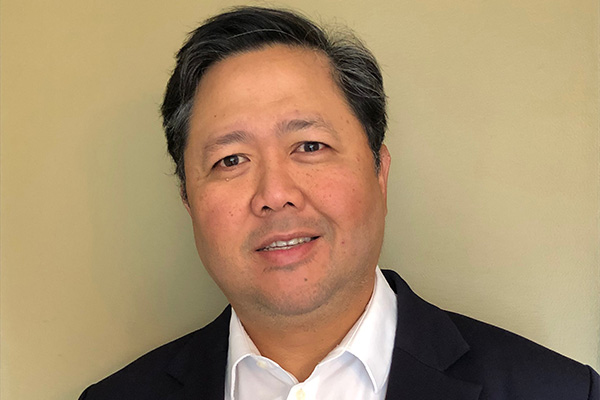 Freddie is a finance and operations leader with over 20 years of experience in managing global operations.

Nina Aquino is a trained Architect from California with over 8 years of experience leading teams of engineers, designers and consultants in the Hospitality Sector for companies such as renowned London-based hospitality giant Soho House & Chipotle Mexican Grill. 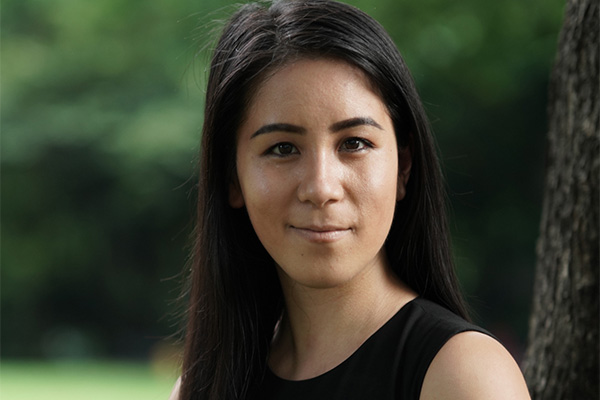